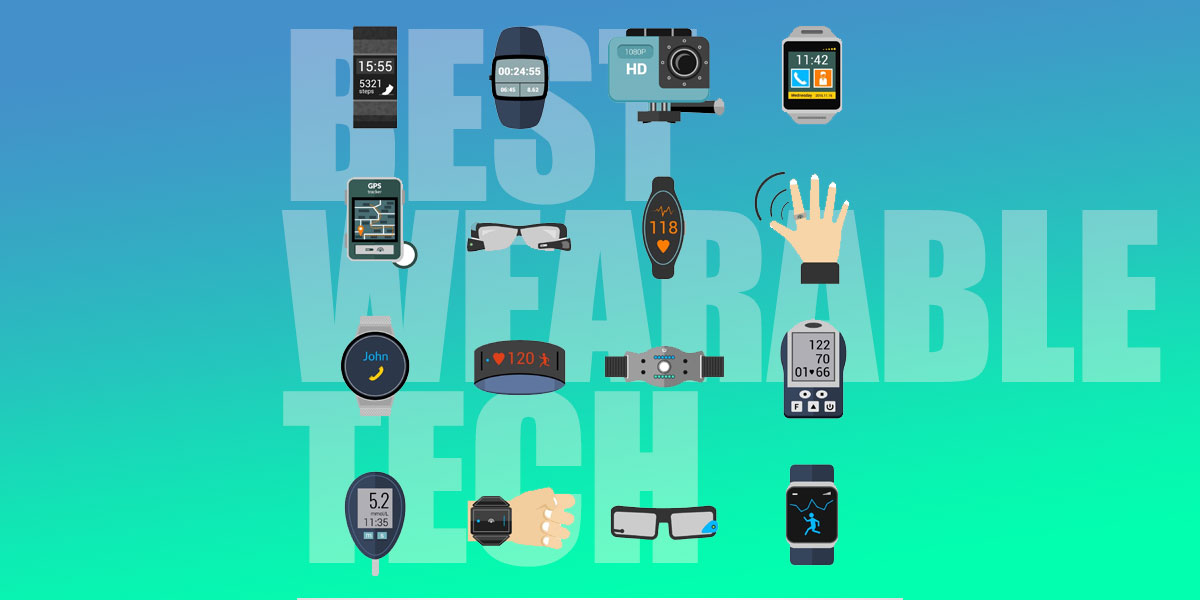 Whether you are an avid follower of the wearable tech space, or someone who’s new to it, it’s easy to see that the innovation in the industry has fallen flat. That being said, some of the best wearable tech products and innovations have been born in the last 5 years. How are both scenarios possible?

The wearable health technology market is a bit of a tricky one (and we’ve been part of it for over a decade now). There are many different subsectors and types of consumers. Often times, people are buying the wrong product whether they know it or not. Because it’s still an emerging market, growing at an intense pace, there are still many secrets and things that aren’t being shown behind the curtains.

SIMILARITIES TO THE FINANCIAL MARKET

The wearable tech industry is quite similar to the financial market. For decades, only a select few of elite knew about the inner workings of financial markets. Stocks, mutual funds, securities, etc. It wasn’t until 2008 and the entire world collapsed that we actually got a peak behind the curtains.

The health market is an especially complex one. And even though we’re in it, we think it’s important to be honest, and transparent about the technology. Because at the end of the day, it’s all about the individual and improving their health and their lives.

So let’s analyze the two different company types within the wearable tech market:

Contrary to what you may think, this is where the least innovation has occurred. The “Big Dogs” in the industry are Fitbit, Garmin, Apple Watch and Samsung Wearables. And in China you have Huawei and Xiaomi. While these companies have increased the awareness for health and fitness monitors, they are NOT home to the best wearable tech. These companies are simply the top grossing wearable technology companies, and not the most innovative.

Fitbit was the pioneer. They created the world’s first step counter (pedometer). Before Fitbit, no one even cared about steps. They made it popular and a worthwhile to track. Brilliant, right!? Who would have thought, in order to be healthy you should move around more.

Then the company came out with Fitbit Heart Rate Monitor. It was now a fitness tracker for steps and heart rate. But the accuracy of the Fitbit heart rate came into questions. Several lawsuits later, they claimed to have solved the problem. Many questions still unanswered, like ‘how does Fitbit measure heart rate’? (will discuss this further down).

Ever since Fitbit was acquired by Google, the innovation has really evaporated. Much like other wearable companies, they simply focus on the design of the watches and bracelets as well as the app. These are easier tasks. It’s much more difficult to integrate new hardware and sensors into existing products. Also known as “real innovation.”

Apple decided to join the bandwagon and released the first Apple Watch in 2015. You know when Apple jumps into a market, it’s a hot one. They saw the amazing growth quickly developed one of the best wearable tech products on the market. For a short period of time

However, Apple’s main focus was far from health. They simply created an accessory that would easily integrate all other Appl products. To show messages and act as a handsfree phone, without your phone. It was simply a notification watch for $300.

The first time we saw a real effort to integrate health biomarkers was the Apple watch series 6. Apple added an SPO2 sensor, and announced many partnerships with leading health organizations. And since then, not much has been heard about these partnerships.

Garmin is another behemoth, home to top wearable tech. Started out selling GPS systems and made the transition into fitness trackers in the 2000’s. They develop some ‘high-end’ wearable products for more intense athletes. Some trackers are upwards of $900, though they have tried to make some less expensive models.

After testing several of their watch models, we notice they do a lot of ‘sensor recycling’. Essentially using one sensor to create hundreds of different data points. This is quite a common practice among all tech products that feature a product, firmware, and software.

The second of the two market groups is the specialty, or niche market wearable products. But this group has gained so much power over the last couple of years. It has also been the product of the best wearable tech innovation.

You see companies like Oura Ring, which focuses on sleep. There’s the AIO Smart Sleeve by Komodo Technologies and WHOOP that focus on heart rate variability (HRV). HRV is slowly becoming the gold standard in health technology and is an invaluable tool to monitor recovery, stress, diet and overall physiological health.

These smaller companies are focused. The only thing they CAN do is innovate and that’s why they have even surpassed the ‘Big Dogs’ when it comes to true wearable health features.

IN SEARCH OF THE BEST HEALTH MONITOR

Everyone always asks us: What is the best wearable tech out there today? You need to start from within. What are your needs? What do you hope to accomplish? The reason people go for the big brands, often times is because they don’t know what they want. And the big brands are pros at marketing and it’s easy to fall into that trap.

If you know what you want, you won’t be fooled. And if you end up going with a Fitbit or a Garmin, it’s okay.

Here are some ‘goals’ people might have and the features/biomarkers that could be of huge assistance:

We are all different. All 7.9 billion of us on this planet are different. This is why listening to the fads celebrities push or what’s the latest new thing on Instagram, could be a problem. So let’s take diet.

There’s a tool called Heart Rate Variability, or HRV. (You can read more on that here) But in essence, this is a tool that you can use to monitor food sensitivities. Try any diet you want, but make sure to record and monitor your HRV before and after meals. You typically want HRV to be high so you if your HRV is unusually low with this new diet you might want to make changes.

The AIO Smart Sleeve is one of the best wearable tech products out there that can help monitor your diet. The HRV function even has an option where you can input which food you ate. It’s quite an invaluable tool

Heart rate variability has thousands of applications, but most popular is it’s ability to help with recovery. Athletes use HRV to make sure they are recovered from workout and training sessions to make sure they don’t burn out.

An individual must monitor their HRV for a couple weeks to establish their baseline, or average. After workouts, HRV will always go down. But when, and how fast does the HRV jump back to the baseline. That’s when you know your fully recovered.

This also gives you a chance to alter your recovery routine. What should you eat, should you take a hot or cold shower, should you eat right after or wait, the list goes on and on. Once you have established what gets you back to that HRV baseline the fastest, stick with that. However, your body is always changing so keep track of it still.

Whoop is a company that’s a leader in this HRV space.

A lot has been made recently about the importance of mental health, stress and manfulness. We see it with hundreds of top-rated apps, celebrity endorsements but most importantly, in the science. Much like any market, if there’s good science behind something, it will take years before it becomes popular and prominent.

Heart rate variability is a physiological biomarker. It takes a deep dive into the inner workings of your internal (physiological) health and how your body reacts to its environment. For the first time, you can SEE stress. High stress is directly correlated with low HRV. And high stress causes physical and mental imbalances in your body.

Practicing mindfulness is a short-term strategy that can lead to long-term benefits. Deep breathing is an exercise practiced by Yogis to achieve some mental calm and balance. These practices can have wonderfully beneficial long-term improvements.

To continue from the prior section. The long-term consequences of high stress are terrible. Chronic stress leads to depression, anxiety, back pain, diabetes and even cancer. Stress is a silent killer. But luckily it doesn’t have to be.

Being mindful plays a huge part. Seeing your mental health slowly deteriorate may cause you to take action. HRV really provides visualization of how stressed you are. Keep that up for long enough and it will cause problems. With HRV, you can catch problems early. It’s an incredibly powerful predictor.

Products like the AIO Sleeve, Oura and Whoop bracelet have pioneered this technology to help improves people’s lives, and it’s working. Proof that the best wearable tech can come from the smaller guys.

WHAT ARE THESE COMPANIES DOING?

The final point, and one that is often overlooked, is; does this company actually care? Take a look at the highest selling wearable products, Fitbit and Apple. The prior was the pioneer, eventually sold to Google and has seen sales drop due to lack of innovation. The latter simply got into the market because it was a money-making opportunity.

They do this because the most important thing to Fitbit and Apple is profit. We urged you to take the same type of initiative. If they are going to be selfish, so should you. Consider your needs in a wearable fitness tracker, as opposed to flashy commercials and partnerships with Will Smith. Truly consider the biomarkers, and what improvements you want to make in your life. If you do that, the best wearable tech products will find you.